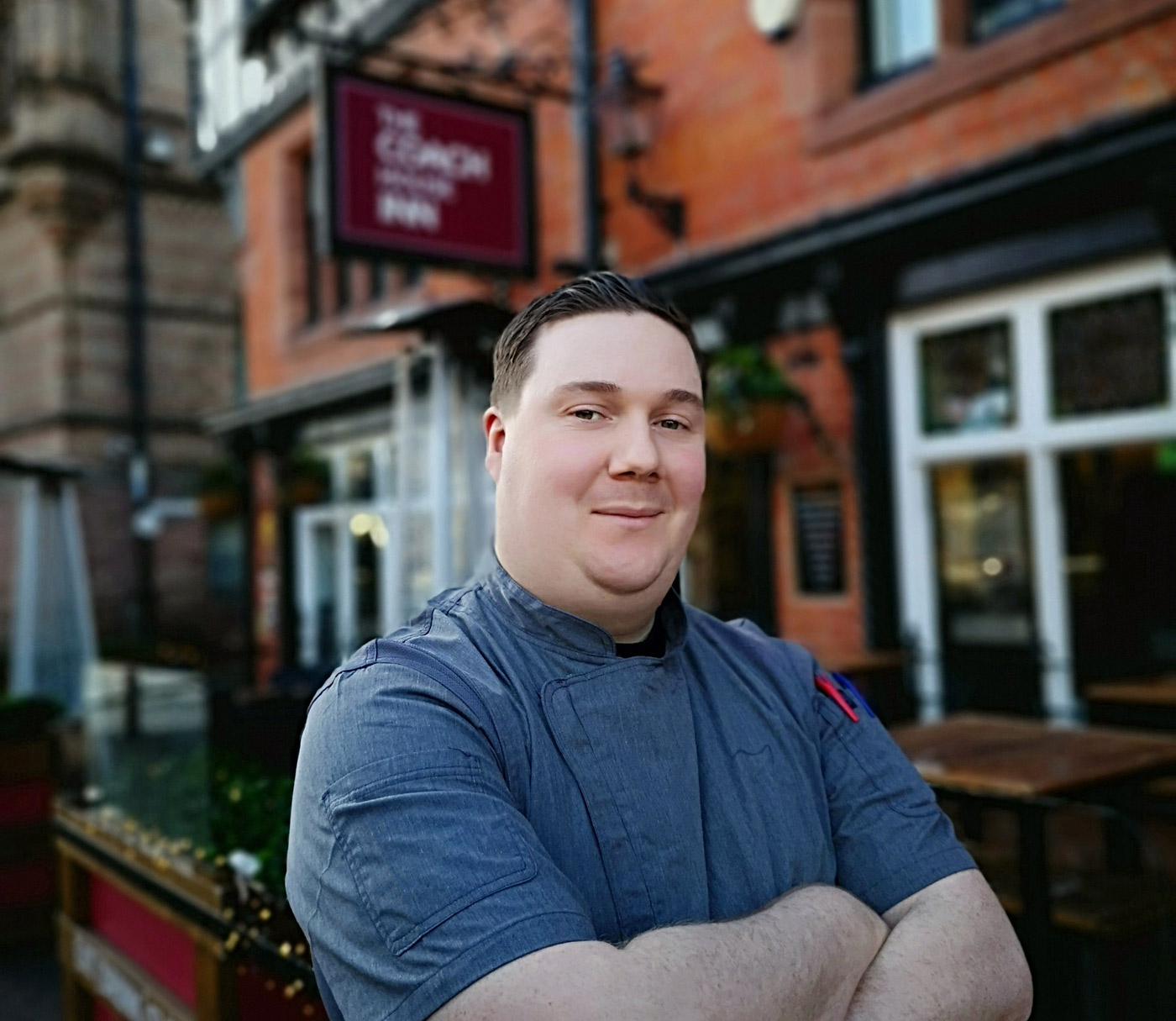 Matt is the Executive Chef at The Coach House Inn, Chester; a 4* award-winning restaurant and bar with 8 luxury bedrooms. He leads a team with his Head Chef Jake Wright who focus on creating a constantly evolving menu using fresh, locally sourced ingredients.

Matt has always been passionate about cooking and started at the age of 6 by helping his Mum and Dad with the Sunday roast; making the dish by his own at only 8 years old.

Having trained at Yale College which is now called Coleg Cambria in Wrexham, Matt returned to work there and was involved in starting ‘Food for Thought’ which ran for a few years before becoming the current day Wrexham Food Festival!

Throughout his career, Matt has worked in a range of establishments from the college coffee shop, to British Gastro Pubs and Rosette restaurants such as ‘Bryn Tyrch’ at Conwy and ‘The Newbridge on Usk.’

Each role has added a new string to his bow, accumulating in his current position and his career highlight of seeing The Coach House Inn named ‘The Best Pub in Chester.’

His cooking style is influenced largely by chef Tom Kerridge and he loves working with local produce to create British dishes with an Italian and American twist.