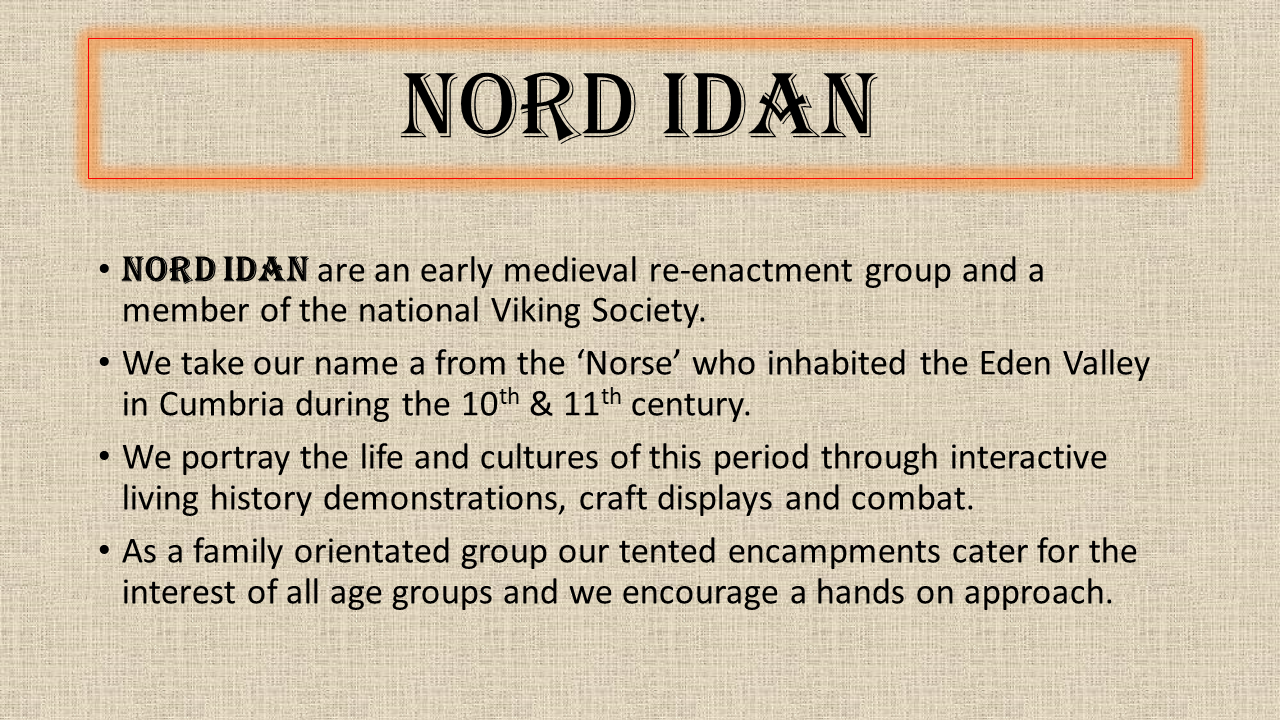 Coming only to Dalkeith, Edinburgh

Not only are we skilled at demonstrating authentic cooking but we are able to provide an insight into a variety of everyday medieval skills such as wool dyeing, cloth weaving and tapestry, leather working, ‘bodging’, brewing, rope making and the use of natural medicines.

Our Warriors are available to explain the weapons, fighting techniques and how each of the weapons can be used. Where permitted we have live action combat and most importantly allowing the children of our audiences to participate in the ‘Kiddie Vike’ and inter-action with the warriors in simulated battles!

We are members of the national Viking Society and present the life and times of the 10th and 11th century in Cumbria. Very little documentary evidence exists but what is known from the fragmented Annals, place names and later history is Cumbria was one of the first multi-cultural community where the remnants of the Brythonic tribes, amalgamated firstly with the Angles of Northumbria, then Gaelic Norse when they were expelled from Ireland. What developed was a unique culture and language build on a shared need to survive in shared but harsh environment. Probably the best record showing the existence an integrated Cumbrian Society is the ‘Gospatric Rite’ penned circa 1060 which lists land grants to specific Thegns in Allerdale. As the emergent nations of both England and Scotland were continually trying to limit the expansion of each other, the Cumbrian region became the last area of the British Isles to be fought over!

We are a family orientated group of people with a passion for early medieval history. Our members are aged between a few months old to post retirement age! 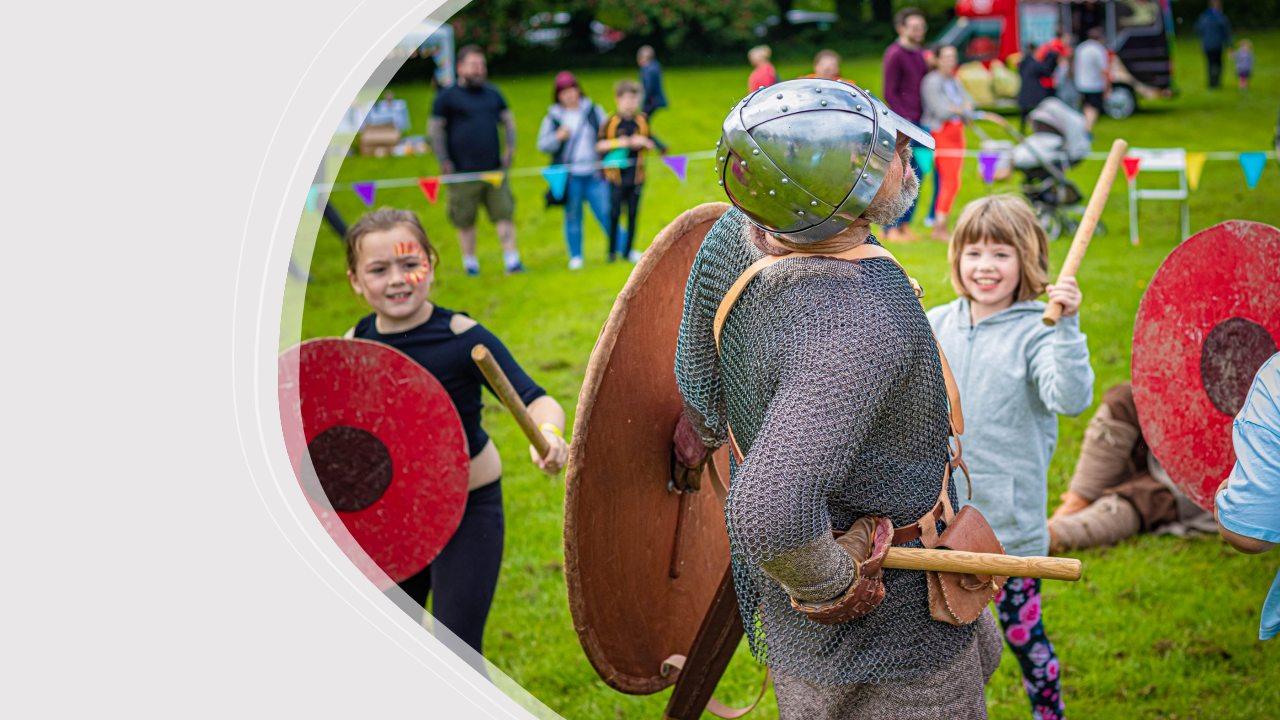 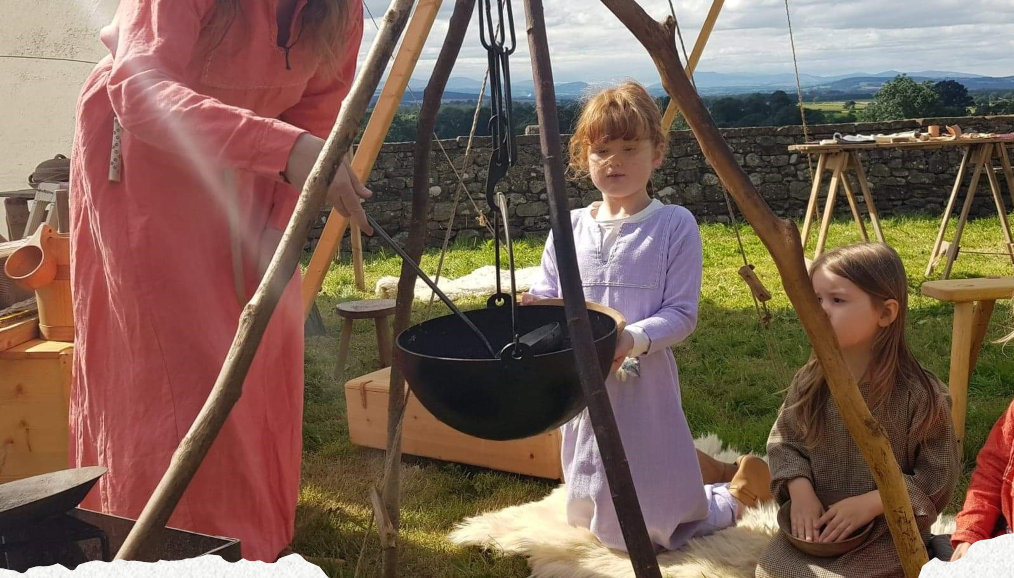 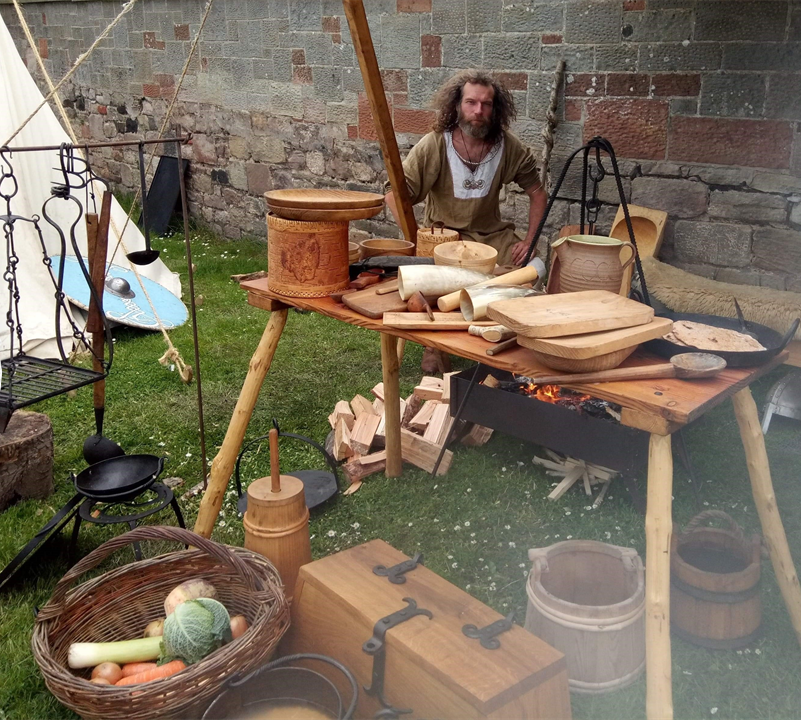