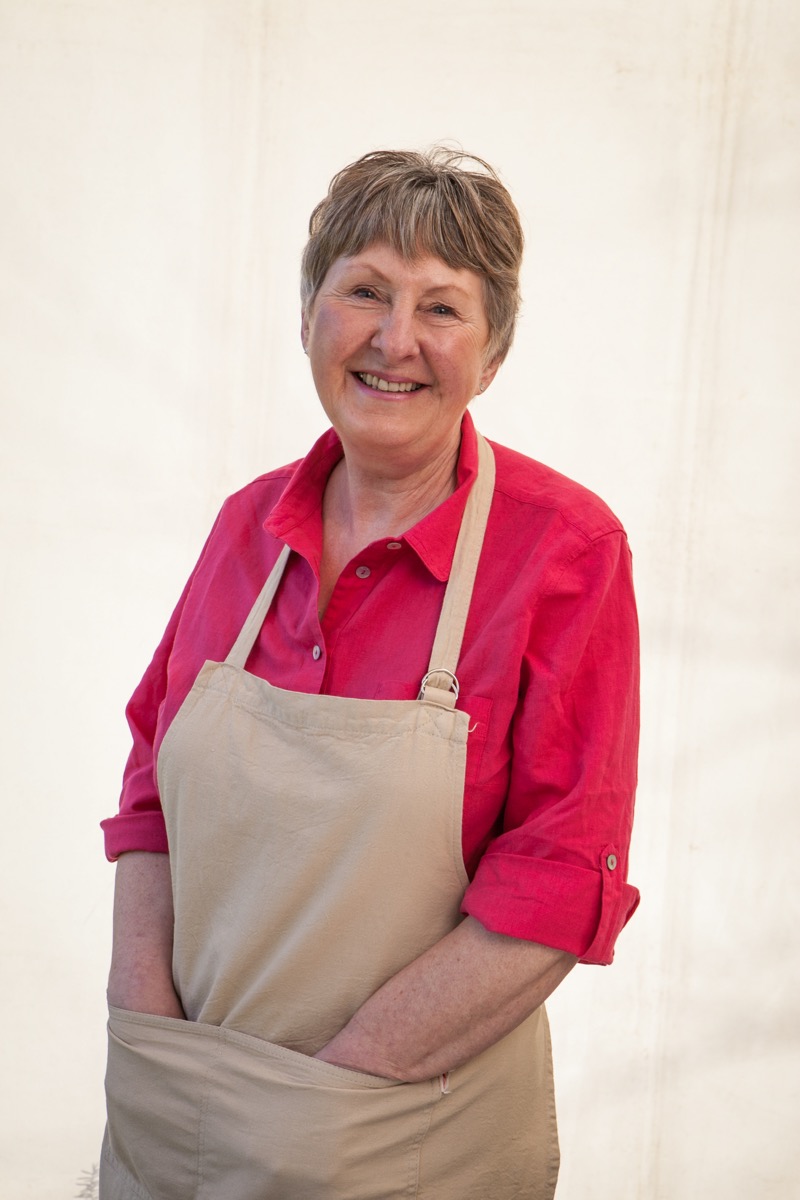 Val appeared on our televisions in Series 7 of ‘The Great British Bake Off,’ the final one aired on the BBC. This former primary school Head Teacher, originally from Conisbrough near Doncaster but now living in Somerset, brought us cake whispering, missing animals from the Arc and the best Bake Off moment ever – according to a Radio Times online poll with her departing speech. At the helm of the kitchen for over 50 years, Val can make the classics with her eyes closed, but also enjoys searching the internet, finding new recipes. Val loves to exercise and can often be found doing aerobics in her kitchen whilst she waits for her jam to boil or her bread to prove.