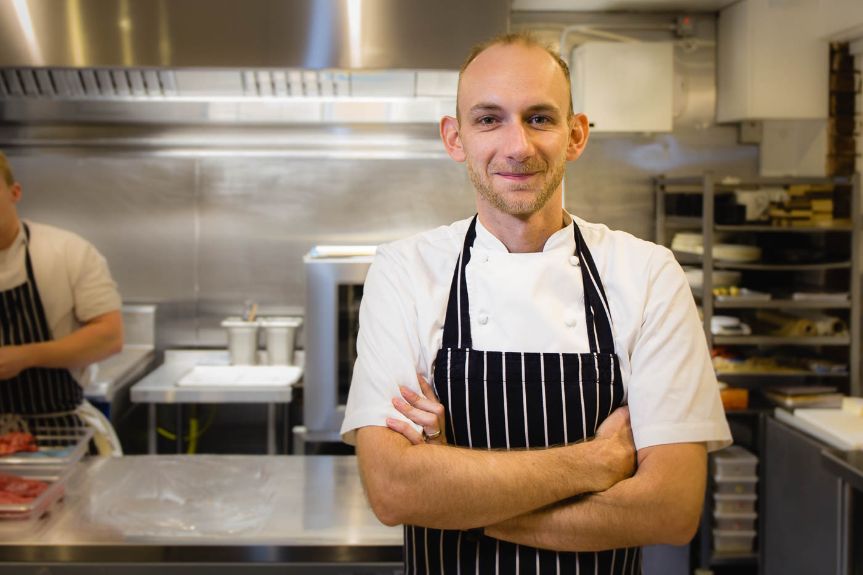 Stuart is Chef/Owner at Docket No.33, Whitchurch in Shropshire and also the brand new Docket 64 Wine Bar in Chester.

After graduating at UCB, one of the leading catering colleges in the UK, Stuart took up his first position in a small restaurant in his hometown in Staffordshire. A short time later he was offered a position alongside Michael Caines MBE, first at Caines’ fine-dining restaurant in Exeter and subsequently at Gidleigh Park, the renowned 2 Michelin starred property.
After a total of four years working with Michael Caines, Stuart was offered a job with another Michelin-starred British chef, Gordon Ramsay. Taking up the role of Chef de Partie at the 3 Michelin starred Restaurant Gordon Ramsay in London, Stuart worked alongside a team of talented and creative chefs under the guidance of one of the best known personalities in the industry.
Continuing with Gordon Ramsay, Stuart moved to New York to assume the position of Executive Sous Chef at The London NYC, working at both Restaurant Gordon Ramsay and Maze, Ramsay’s stylish more informal dining restaurant.

After five years in the US, Stuart returned to the UK and Michael Caines to take on the position of Executive Chef at the Abode Hotel, Chester.
In late 2011 and ready for a new challenge, Stuart took on a role within Doha, Qatar, where he worked across four varying hospitality projects under the ownership of Qatar Foundation, in the city’s iconic Tornado Tower.

Early 2017, Stuart returned to the UK to open his own restaurant, and in August, Docket No.33 opened.