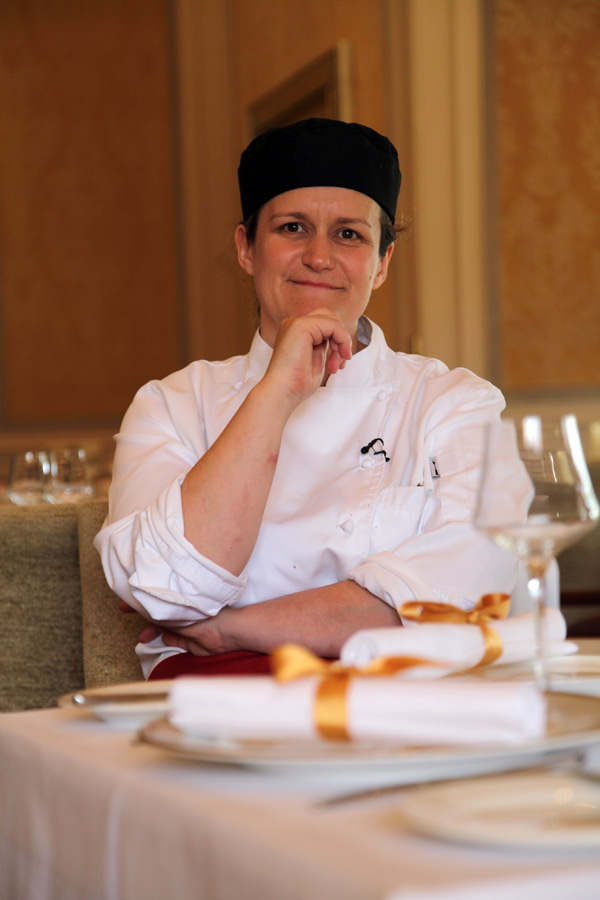 A Yorkshire farmer’s daughter, Stephanie trained at Skipton College, then began her career under Anton Mosimann at the ‘Dorchester on Park Lane’ in London.

Stephanie’s passion for food has taken her around the world working in Australia, America, Switzerland and Germany but she is proud to be back home in Yorkshire, using some of Yorkshires finest produce for her cookery demo.

A recognised figure on the Yorkshire food scene and many accolades to her name including Yorkshire Life magazine “Chef of the Year”, Deliciously Yorkshire Champion, and a Bronze medal in the National 2010 British Culinary Federation ‘Chef of the Year’ Competition.

As well as being a regular demonstrator at food shows, Stephanie has made appearances on both radio and television including Channel 5 Street Market Chefs and represented the North East on BBC2’s Great British Menu 2011, 2012 and 2013. Stephanie most recently appeared on BBC’s Chefs, Put Your Money where your Mouth is.