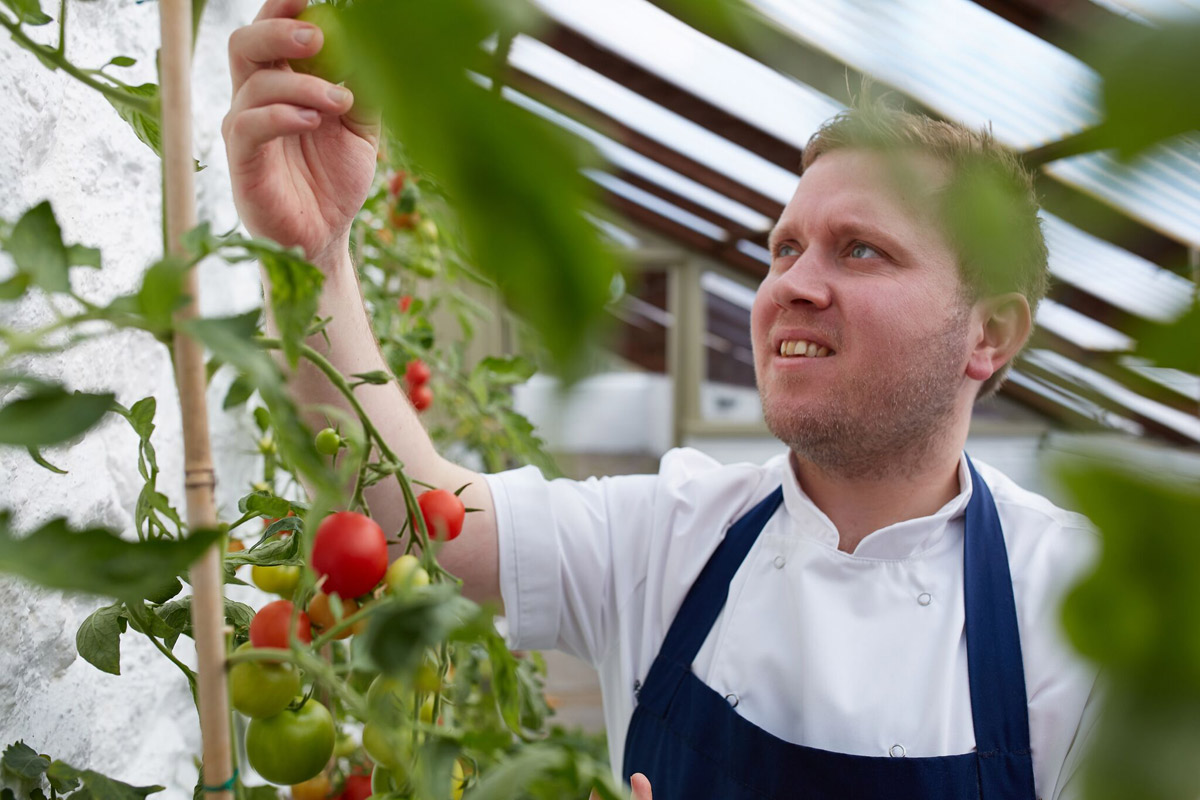 The Devonshire Arms Hotel & Spa, Bolton Abbey, has announced the appointment of Paul Leonard as Head Chef of its ‘Burlington Restaurant’. Paul will take up the position at the end of July.

Paul is an excellent chef with an outstanding background and joins The Devonshire Hotel & Restaurant Group from the renowned, Michelin-starred Scottish hotel, Isle of Eriska, where he was Head Chef for two years. Previously, he was Sous Chef at Andrew Fairlie, Gleneagles, one of Britain’s most elite hotel restaurants, with two Michelin stars and 4 AA rosettes.

Other notable posts in Paul’s career include Senior Sous Chef at The Samling, Michelin-starred, and Sous Chef at The Feversham Arms, Helmsley, which then held three AA rosettes. Early on in his career, he was Commis Chef at Pétrus, Knightsbridge, which held two Michelin stars.

Paul is especially passionate about local produce, including fresh, home-grown fruit and vegetables and foraging. He cites organic kitchen garden specialist, Ken Holland, once Head Gardener at L’Enclume, as being particularly inspirational. As a result of their work together, Paul set up his own kitchen garden on Eriska, which supplied 95% of the hotel’s fresh vegetable produce.

“I’m so looking forward to working at one of Yorkshire’s most iconic venues, and as a Yorkshire man myself, I am excited to be returning ‘home’…..I aim to make The Burlington one of the most talked-about restaurants in the UK. My style of cooking is light, non-fussy and natural; freshness and quality are key, so I am blessed to have such a wonderful rural location for the sourcing of the required ingredients needed to deliver my approach.”

“We are very much looking forward to welcoming Paul, he has an exceptional pedigree and we know he will certainly be taking full advantage of the kitchen gardens, beehives, and the wild and estate-farmed produce from the Duke’s estate. It’s a very good match all round, and we are confident that he will take the cuisine at The Burlington to enjoy even greater accolades, whilst complementing our stunning location.”

Paul lives with fiancée Robyn, who he will marry in January, and the couple are looking forward to setting up home in the Dales. As Paul was born and raised in Hull, he is delighted to be returning to his Yorkshire roots.