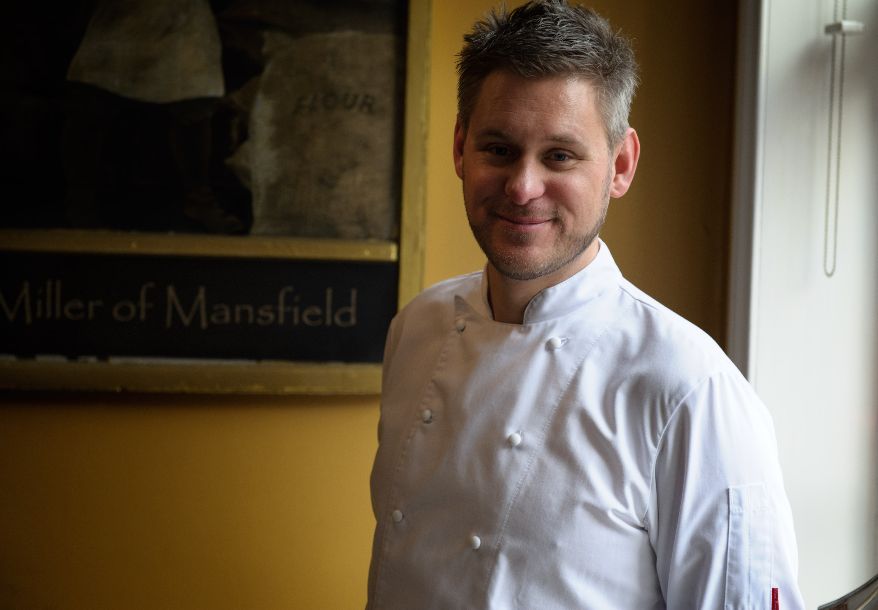 Nick is Chef patron of ‘The Miller of Mansfield,’ an 18th century coaching Inn with 13 luxury rooms and suites in Goring-on-Thames, Oxfordshire.

There he presents simple yet elegant dishes – creative, colourful and full of flavour – using only the best quality ingredients and produce, locally sourced wherever possible. Originally from Devon, Nick’s foodie adventure began in France, working seasonally in various kitchens in the Alps. Since then, he has trained with Roux Scholar Matthew Tomkinson, perfected the art of Butchery, worked in Michelin starred kitchens and was opening Head Chef at Heston Blumenthal’s ‘The Crown in Bray’ for several years.

Nick tries, tests and evolves his dishes over and over, adding subtle touches and delicious seasonings in his aim to create food to be savoured in the welcoming surroundings of the modern inn he and his wife Mary have created in the village.