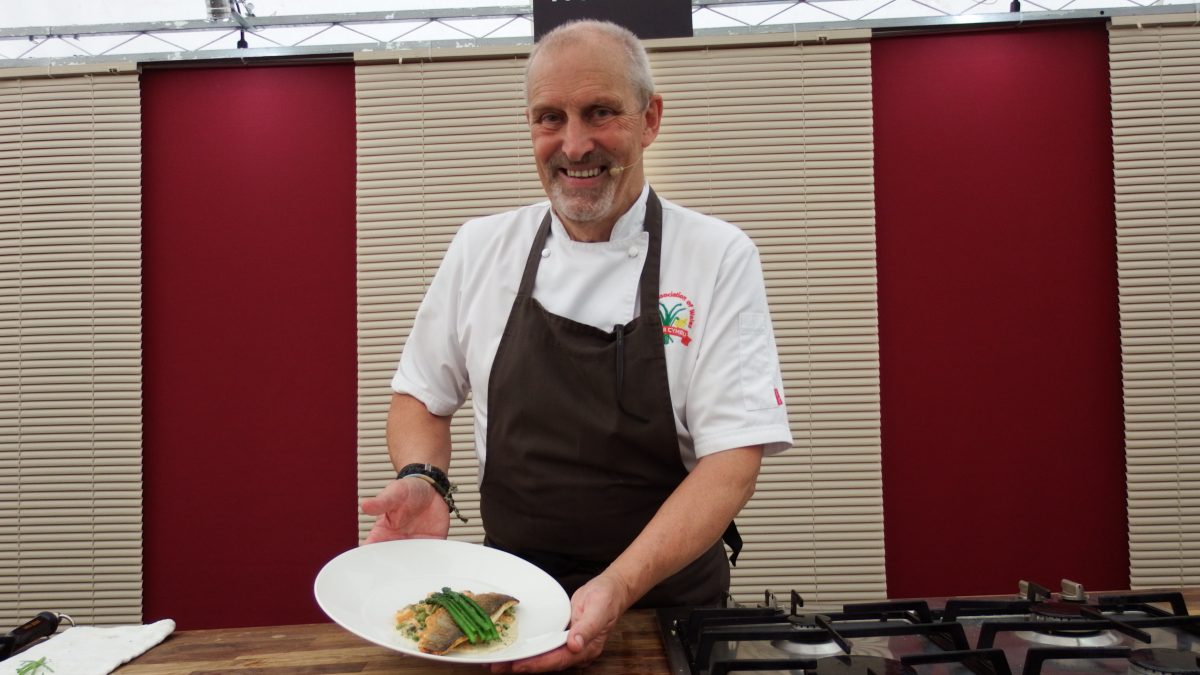 Mike is Chef Lecturer at ‘Coleg Llandrillo’ and ‘Junior Culinary Team of Wales Coach,’ and with that in mind, Mike was a recent invited guest at HRH The Prince of Wales 70th Garden Party as Charles is their Culinary Team Patron.

With a career spanning over 40 years, Mike is highly regarded in the Industry, especially for the work he does with the next generation.

With 33 years service as Chef Lecturer at Coleg Llandrillo, he has been awarded ‘Queens Anniversary Prize’ for Further and Higher Education in 2012 and was a recent recipient of the accolade of PACE (Professional Association of Catering Education) Highly Commended, Chef Lecturer.

A member of the Welsh Culinary Team for 17 years, highlights include winning their first silver at the 2012 Culinary Olympics in Erfurt in Germany with the junior team. Two great weeks in New York in 2005 at the Culinary Institute of America. Service at a range of high profile events in the UK and overseas including Opening of The Sennedd, when he cooked for The Queen; Canape Reception at The British Embassy in Moscow promoting UK products; Sports Events including Ryder Cup and Open Golf Tournament in Lytham St Annes, and Henley Regatta and Chelsea Flower Show.

Away from the stove, Mike has two sons who he is immensely proud of. One is a chef who he trained, and the other is an officer in the RAF and in a few weeks time, he’s getting married – but we’re not sure who’s doing the catering!