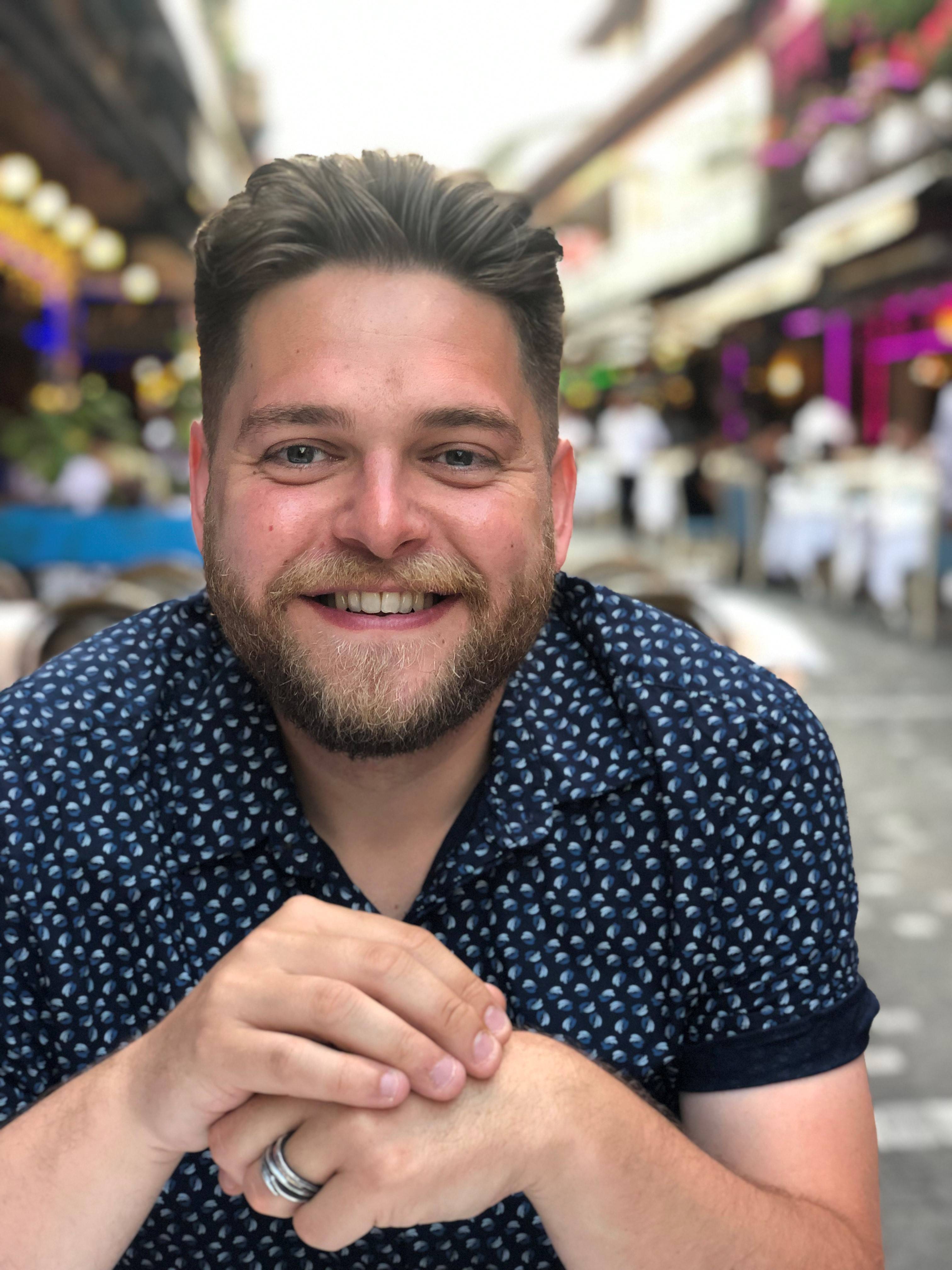 Mark Lutton was a contestant on The Great British Bake Off 2020. Northern Irish Mark fell in love with baking at a pie shop in Edinburgh – he visited every day while he was at university for the shop’s delicious Mac ’n’ Cheese pie. Following that early inspiration, he began to experiment: first attempting (and perfecting) a lemon drizzle cake and eventually taking on multi-tiered wedding cakes, each time looking at the science of the bake in order to perfect it. His style is hugely influenced by his Irish heritage, but also by the flavours of Africa and Asia, where he travels regularly for his work as a project manager for public health research programmes. When he isn’t baking, you can find Mark walking in the Lake District, indulging his passion for wildlife, or with his wife, travelling and exploring new places. Now that he’s out of the tent Mark intends to carry on his baking journey, experimenting with new flavours and testing out new ingredients. As a relative latecomer to the baking party, he wants to show everyone that it’s never too late to grab an apron and get baking . . .