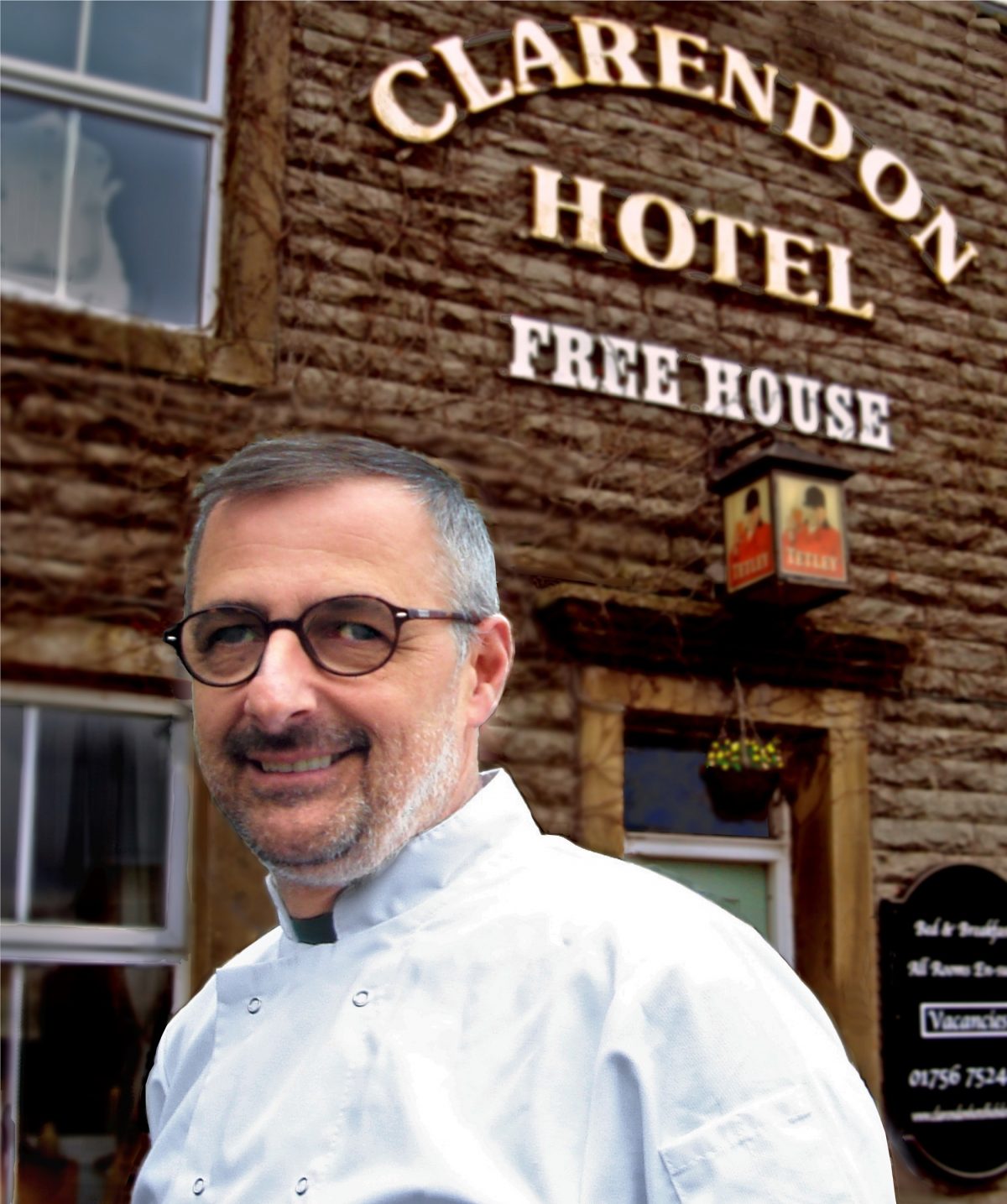 Lionel Strub is the Chef/Patron of the C18th Clarendon Hotel & Restaurant in Hebden near Grassington. Sharing his passion for great food and hospitality, celebrating the very best of fresh local produce resulted in the Clarendon winning the 2016 Yorkshire Evening Post Oliver Food Award for the Best Rural Pub.

Born in Nancy in Eastern France, from the age of six Lionel worked in his Grandfather’s bakery. It was there that he drew inspiration and belief in simplicity & quality of ingredients. After classical training and graduation from Ecole Hoteliere de Strasbourg in 1982, Lionel spent three years at Le Restaurant des Vannes in Liverdun, a 2 star Michelin restaurant with Head Chef Jean Pierre Cotard.

He moved to England over 25 years ago since when he has cooked in Michelin starred restaurants and worked as a college lecturer.

He has owned and run restaurants, delicatessen, coffee shops and a cookery school in Yorkshire for over fifteen years.

In 2006 Lionel won the Yorkshire Professional Chef of the Year Competition.

More recent awards include 2011 National Chef of the Year Semi-Finalist, a medal winner in the British Open Cookery Competition 2012 and the Yorkshire Evening Post Oliver Award for ‘Best Restaurant Service’ in 2013 & ‘Best European Restaurant’ in 2014.

In his acclaimed book “From Alsace To Yorkshire” Lionel celebrates some of the great recipes he has inherited and developed. He also provides an insight into one chef’s challenging and often painful journey through life, from France, to England, from Alsace to Yorkshire.