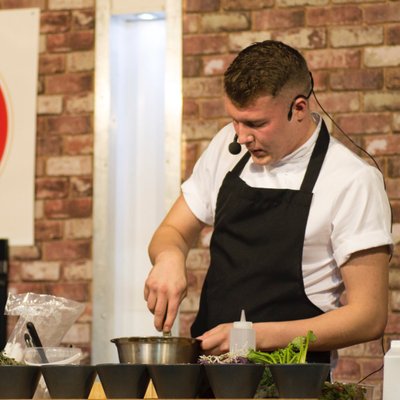 Having trained at Runshaw College, Joe has since worked in top rated kitchens including Stanley House Hotel in Blackburn, and Michelin Starred Northcote Manor and Manor House, Castle Coombe.

Joe is part of a vibrant team at George’s where traditional classic dishes sit alongside Modern British cuisine, and already Joe is making his mark with his own menus featured.

Away from the stove, Joe enjoys his family, Boxing and Gym.