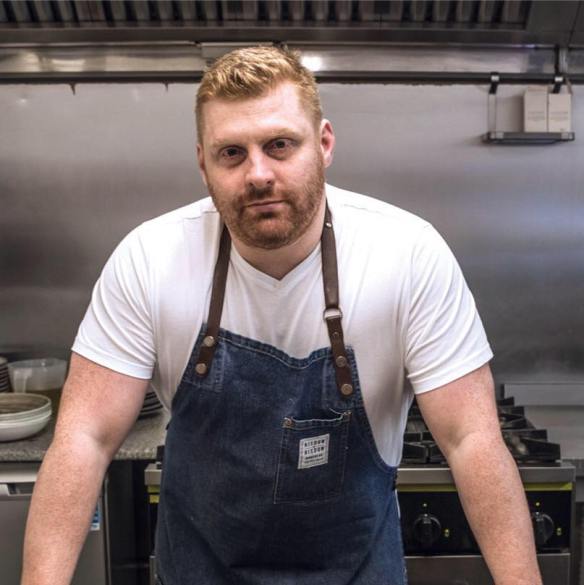 James is an Experimental Chef, a keen forager and Owner of Wild Shropshire restaurant at Ternhill Farm house in his home county of Shropshire.

You may recognise him from his appearances on the Channel 4 show ‘The Taste’ where he worked alongside 12 other chefs as the kitchen heated up, with his French mentor, Ludo Lefebvre. Now 5 years on, and this former Paediatric nurse has evolved from a home cook to a professional chef who is not afraid to push the boundaries.

Beginning with his Pop up restaurant experiences which were the result of years of dreaming and wanting to create with food, he then created Wild Shropshire which was initially meant to be a year long project looking at the county and its ‘bounty,’ but what began as a small idea, has now become the philosophy that completely encapsulates what, how and why he cooks. The project is completely led by what grows and what can be farmed in Shropshire and more accurately within the small area that he lives.

He works with Gamekeepers and Farmers along with other Artisans within Shropshire which will give a uniquely “Shropshire” experience.