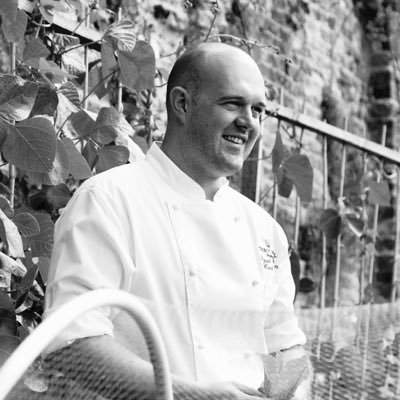 Dan is originally from a small market town in Northumberland and moved to North Yorkshire with his wife in 2013, having spent 5 years living and working in central London, they relocated to the beautiful market town of Malton, where Dan is blessed with a fantastic foodie community and many local producers and suppliers.

In 2017 following a successful 3-year career as head chef at the Talbot hotel in Malton, North Yorkshire, Dan decided to embark on a new venture and set up his own business ‘At the Dinner Party’ by Dan Graham, which brings the experience of a restaurant to your home or chosen venue. Meaning no worrying about taxi’s or designated drivers, or the need to spend 100’s on a hotel room for the night, whilst still getting the experience you were looking for.

Throughout Dan’s career as a professional chef he has had the opportunity to work in some of the best restaurants in the world, having worked in France, Greece and a number of locations in the UK, Dan’s career has seen him cook for executive bankers in the city of London, celebrities in private villas in the French alps, royalty, and his biggest highlight was working at Michel Roux Jnr’s restaurant in Mayfair London, Le Gavroche where he feels he was transformed from a good chef to a great chef under the watchful eye of the Roux family.

Some of Dan’s other career highlights include being a chef tutor at the fantastic York Cookery School, he’s also a judge for the deliciouslyorkshire taste awards, and a regular on the food festival circuit having the chance to demo his food for the public.

In 2017 Dan reached the semi-final of the National Chef of the Year competition fighting off competition from some of the UK’s best chefs. In 2018 & 2019 Dan was a finalist in the Kikkoman Masters held at the restaurant show in London in front of a live audience.

Dan’s most memorable highlight was in 2009 when he reached the final 3 of the BBC’s MasterChef the professionals, where he finished runner up in a life changing experience which opened many doors for him.