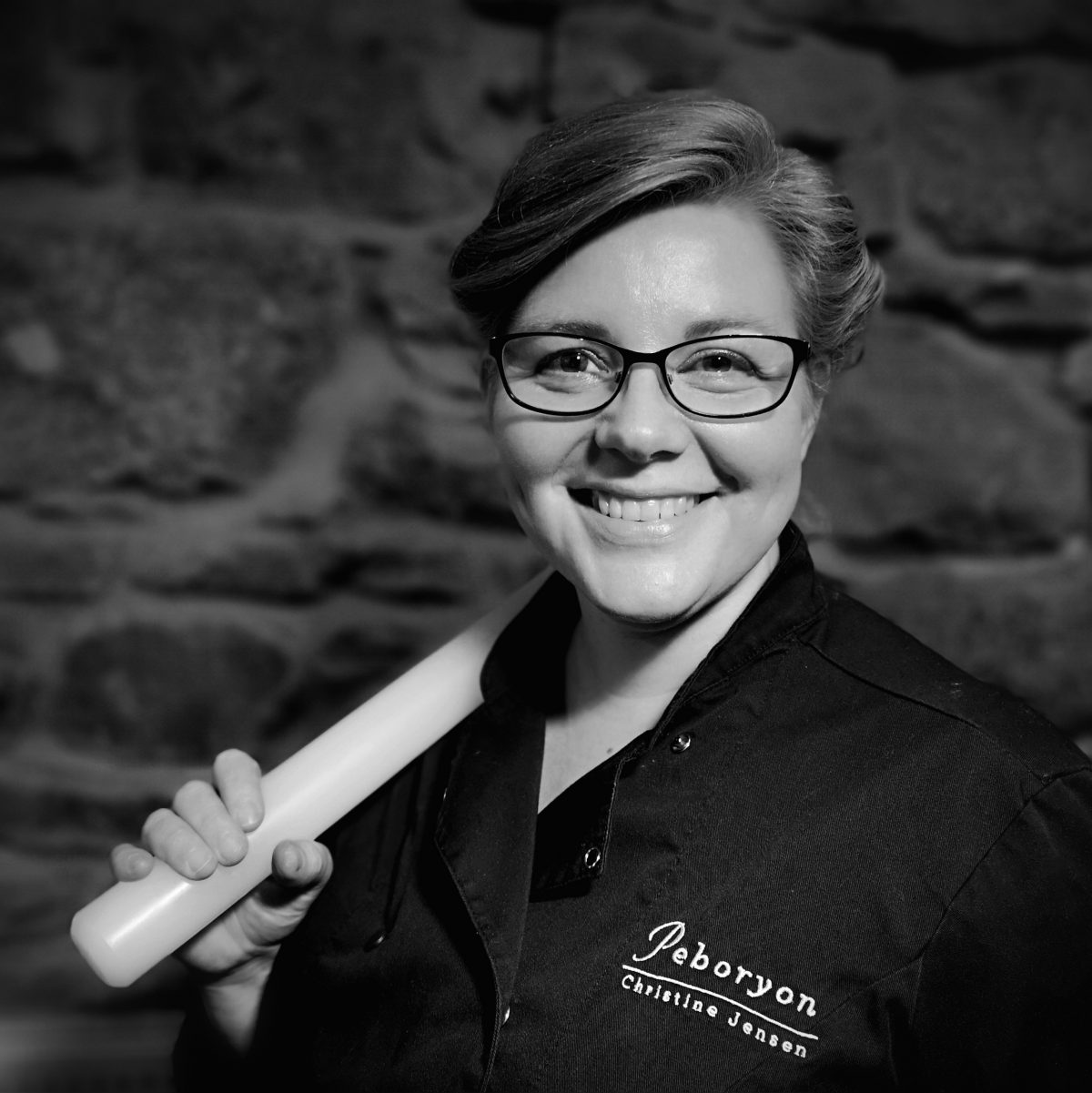 Christine Jensen is a pastry chef, award winning cake designer and sugar craft artist. She owns and runs a cake studio in the coastal Cornish town of Penzance, with her husband Phil. As a haven for food lovers, artists and sculptors, the town is the perfect base for their creativity, a place of light, beauty and inspiration.

Having established her luxury cake business Peboryon in 2014, as it grew, Phil joined initially part time, then full time. Following further growth, Peboryon was invited to become suppliers of bespoke celebration cakes and cake sculptures to top hotels and party venues across London and the South West.

As the business and their reputation for great cake grew, in late 2016 the couple filmed with Julie Walters for her Coastal Railway program, where they showcased their innovative use of the railways to supply London’s cake needs.

Christine & Phil are stars of all four seasons of Channel 4’s Extreme Cake Makers, which often focuses on their more unusual sculptural commissions. Day to day, their craftsmanship is sought out for both flavour and design flair by private and corporate clients across the UK and internationally, with occasional kosher commissions undertaken in London.

When not crafting and designing cakes from their Penzance base, Christine & Phil teach and present at food shows, festivals, cake shows and business gatherings across the UK, this year Christine added a much enjoyed and deliciously thought-provoking TEDx talk on “How cake can improve your memory”.