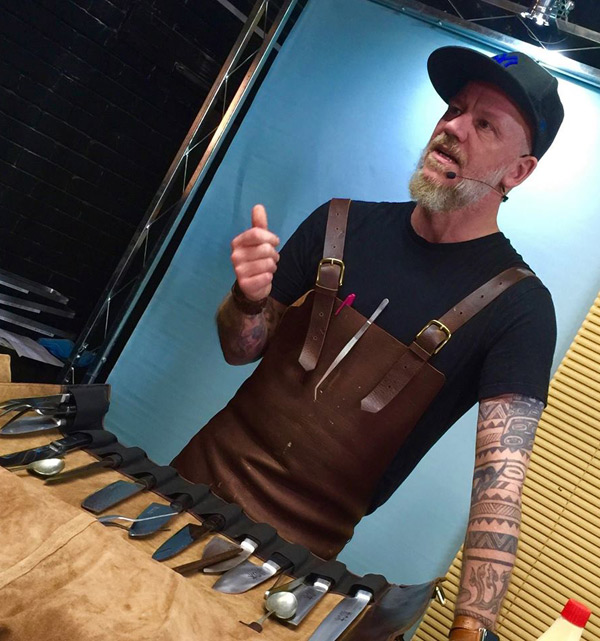 Chris is Executive Head Chef of ‘The Mytton and Mermaid’ near Shrewsbury. Chris and his team handpick every ingredient used in the restaurants, from the meat to the vegetables, the spices, the wines that they cook with and serve.

All their produce is sourced locally – supporting Shropshire’s farming communities wherever possible.

Chris grew up in the kitchens of his Mother’s huge restaurant in Yengama, Sierra Leone, West Africa, before leaving to train at The Savoy.

Having travelled extensively throughout the world, he has certainly picked up tips along the way, working in Asia for ‘In search of Sanuk’ & ‘Courageous Kitchens’ charities in Thailand, also on the other side of the pond in Ivan Orkins flagship restaurant in New York and the very humble ‘ Slurp shop’ in Gotham market.

Never being one to rest on his laurels, he also works as a consultant development chef for Finnebrogue Artisan in Northern Ireland, creating new dishes and flavour profiles for premium Uk food retailers.

Chris is Chef Ambassador for ‘Luker Chocolate’ and was recently involved in a research trip to Columbia alongside industry food magicians MSK.