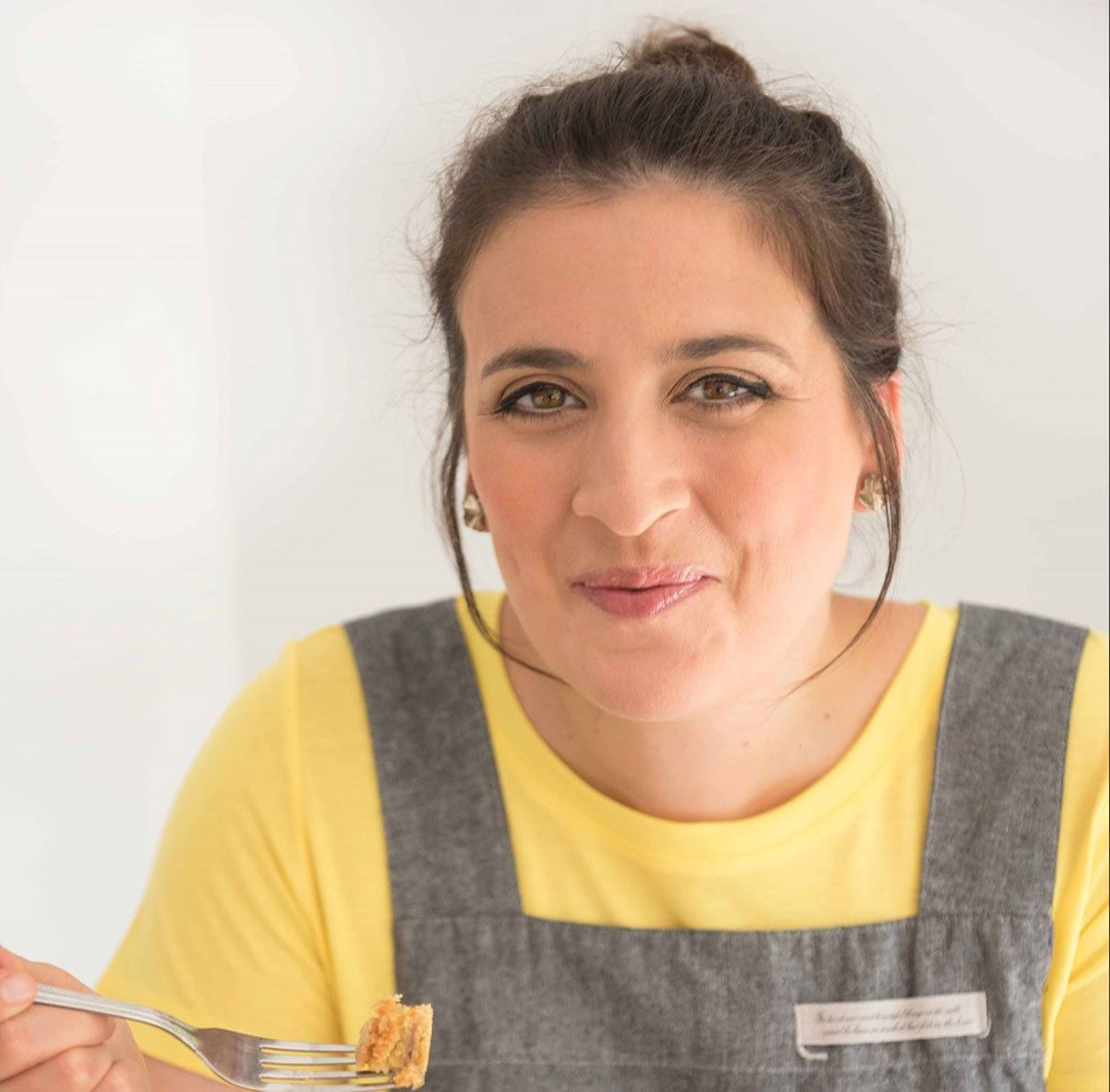 Beca Lyne-Pirkis, originally from Cardiff now lives with her husband and two girls in Surrey. Her husband is a Medical Sergeant in the army, but Beca is no ordinary military wife.

Having gained a degree in Music from Cardiff University and a post-grad in Arts Management at the Royal Welsh College of Music and Drama, Beca is now a cook, food writer and TV presenter and this is all thanks to a certain baking programme.

In 2013, Beca was one of the baker’s dozen in the 4th series of The Great British Bake Off. She quickly gained a following due to her homely style of baking as well as her warmth and humour with the other contestants. She proved herself week after week in the tent, proving her baking knowledge and skills through a variety of bakes from her Cherry Chocolate Brownies, Potato & Spelt Focaccia and of course her infamous Macarons. Beca just missed out on a place in the final, but being 4th or a semi-finalist hasn’t stopped her at all.

Since leaving the tent in the Autumn of 2013, Beca now presents her own TV series on S4C called Becws – which is Welsh for Bakehouse. In the series, Beca shares some of her family recipes from Wales as well as from further afield and creates some new classics to inspire others. Having had a very successful 1st series, a Christmas special was quickly commissioned as well as a 2nd series, which is currently being edited and will be transmitted in the Autumn 2015.

Beca is also one of Borough Market’s chefs and is a regular in the demo kitchen at the World famous market. She also writes for the market’s website and is often asked to contribute recipes as well as do additional PR for the market.

She is a regular teacher at Seasoned Cookery School in Derbyshire where she shares her knowledge and skills on two different courses. Afternoon Tea Treats and Pies and Puddings are two popular courses at the school where Beca shares the secrets of making the perfect Macaron as well as an easy pork pie.

From the Good Food show in Birmingham, to the new Bakes & Cakes show, The BIG Cake Show, Cake International as well as a plethora of food festivals across the country; Beca is a firm favourite at the shows.

The brand Portmeirion also works with Beca from time to time through online activity, due to her style of cooking as well as leading a busy lifestyle fitting the brand image.