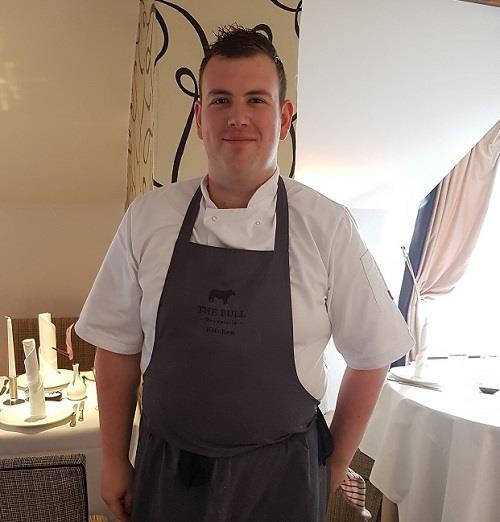 Andrew is Head Chef (and trained Bee Keeper) at ‘The Loft Restaurant at The Bull Beaumaris,’ a 15th century inn in the coastal town of Beaumaris in North Wales.

Having trained at University College Birmingham, and achieving a National Diploma level 3 in Professional Cookery, Andrew went on to work for Will Holland when he was at both his ‘La Becasse’ Restaurant in Ludlow, Shropshire and then ‘Coast Restaurant’ in Saundersfoot.

In 2015, Andrew won ‘Junior Chef of Wales’ – this then led to him joining ‘The Loft’ in the November of that year, then the following October he took over as Head Chef and impressively achieved two AA rosettes by January 2017. It was a good year last year, as ‘The Loft’ was voted 49th best UK restaurant by ‘Hardens Square meal’ and Andrew was also included in ‘The Caterer’ Magazine’s ‘Menu Watch!’

Andrew is proud to change his whole menu on the first of every month, keeping it as seasonal as possible, using as many suppliers on the island of Anglesey too.